Rubber is one of those movies that, when you read the premise, makes you go “WTH” but then, once you’ve watch the movie, you’re like, “WTF?”
That is about as descriptive as  I can be with this film…

Despite that, the acting and cinematography are much better than other films in its weight-class. A lot of love and consideration went into the making of this film. It’s seriously one of the only reasons we were able to watch it through to the end.

It’s also a little wonderful that this tire has more character development attention provided to it than 80% of movies coming out today. No, you don’t really get to a point where you empathize with the tire… but you do get the warm and fuzzies every time it learns something. Well, unless it’s learning to kill the fuzzies.

Our recommendation is that you watch this movie if:
A. You are super bored.
B. You want to experience a different kind of cinema.
C. You friends make you.

In the California desert, the adventures of a telepathic killer-tire, mysteriously attracted by a very pretty girl, as witnessed by incredulous onlookers.

In the California desert, the adventures of a telepathic killer-tire, mysteriously attracted by a very pretty girl, as witnessed by incredulous onlookers.

You found this movie? Want to know what we think?

A grieving couple retreats to their cabin 'Eden' in the woods, hoping to repair their broken hearts and troubled marriage. But nature takes its course and things go from bad to worse.

A grieving couple retreats to their cabin 'Eden' in the woods, hoping to repair their broken hearts and troubled marriage. But nature takes its course and things go from bad to worse.

This was one of the most anticipated films of the 2014!
Ok, that was a lie… Moses would be displeased. Or would he? I think Moses just feels pity for poor Noah who finally got a film named after him and it ended up being… all washed up. 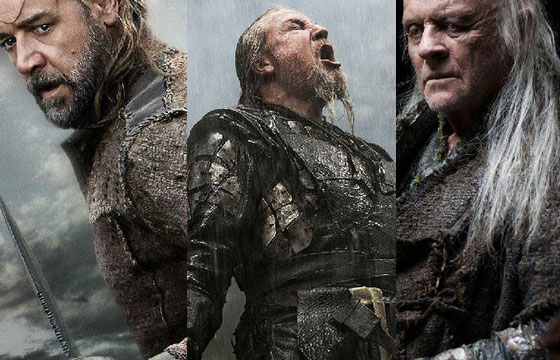 We’ve talked pretty extensively on this podcast before about Hollywood’s propensity towards the ever-popular white washing of the past’s heroes and characters. But this cast though? Maybe they went a tad overboard?

Ok, so there were probably no white people back then. Fine. That’s probably not even the biggest bit of artistic expression in the film. One thing we know is that bible-inspired movies tend to rake in a ton of money from Christian movie goers. Of course, you could make a mistake like the most recent Left Behind movie featuring Nicolas Cage. Which is exactly what this movie did. And very well. To be fair, both of these movies released in 2014 so it wasn’t like Noah could have taken note and reversed course. I honestly don’t think they would have even tried given half a chance.

The mistake that I’m alluding to is the creation of a movie whose contents mostly only Christians are going to have any interest in watching and then taking a exegetical dump of biblical proportions all over it.

To start with, Noah was bat-shit crazy. And I don’t mean like everyone else thought he was crazy because he was building a boat the size of the temple of Babel (spoilers, that hadn’t happened yet…). But because he was literally off his rocker.

Even after all that you’re thinking, “But it’s got the beauty and grace of Jennifer Connelly in it!”
Yes… yes it does. But so did the Hulk movie.

A man who suffers visions of an apocalyptic deluge takes measures to protect his family from the coming flood.

A man who suffers visions of an apocalyptic deluge takes measures to protect his family from the coming flood.

First, you shouldn’t confuse this movie with the television series of the same title: 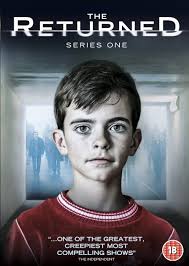 You also shouldn’t confuse it with all the other zombie movie trash that’s out there…
The recent flood of zombie movies has  left the genre tasting a little stale. Fortunately we get a little gem every now and again. Whether or not this is one of them… well, let me continue:

The Returned spends more time developing characters and plots than maybe 95% of other zombie monster flicks out there. Where it excels is creating an emotional attachment with the main characters — despite it being a somewhat shallow attachment, it’s there nonetheless. Which is again something that they’ve done better than most other zombie movies.

Oh, don’t let the above confuse you though… There’s still some pretty gritty, gruesome scenes.

This movie wins in the gruesome category too. Not because the scenes were super original or any more nasty than we’d expect from a modern movies about the undead. No, this movie wins points here because the sparing scenes of grotesque dead-on-flesh zombie action were all built in to help propel the story.

All of that said… I still wouldn’t put it anywhere near my favorite movies list and I don’t think you will either. It’s unique and nicely executed but not glued-to-the-seat-of-your-pants engaging (whatever that means).

I abhor anyone that makes me pause a movie mid-plot arch. But I paused this to literally just go take a nap.
But let’s go half-and-half on this one. It’s a good movie. Not great. Not terrible either.

In a post-zombie world, where the infected live normal lives, their retroviral drug is running out.

In a post-zombie world, where the infected live normal lives, their retroviral drug is running out.